Wharton Stories » From Cow Penning to Penn: How This Undergraduate Found His Community

From Cow Penning to Penn: How This Undergraduate Found His Community

Coming from the Arizona desert and far from loved ones and all things familiar, Jake Rodin, W’23, didn’t know what to expect when he arrived at Penn. His Wharton cohort gave him a community, and he‘s paying that forward.

Jake Rodin didn’t even own a winter coat or long pants when he arrived on Penn’s campus.

The junior came to Wharton from Arizona, where he never needed to check the weather, and spent his time playing sports and cow-penning and ranching with his twin brother. He wasn’t sure if he’d be able to find a community as he had with his high school graduating class of 68 students.

“I was used to going into my classes where I was one of 12 students and the teacher knew me by name,” Jake said.

Knowing no one when he stepped foot on Penn’s campus made Jake apprehensive.“I was really worried that those same connections that I learned to really value in middle school and high school would be lost here in a sea of 2,500 undergrads,” he said. “It’s a lot different than 68 graduating kids.”

He was also unprepared for the East Coast weather of Philadelphia.

“I’m not used to checking the weather in Arizona. It is always 80, 90 degrees and sunny,” Jake said. The Arizonan had to buy pants because he only owned shorts growing up in Paradise Valley, Arizona, a suburb of Phoenix.

The thing that helped Jake adjust was the community of his first-year cohort.

“It made me feel so much more comfortable coming to school here, away from the rest of my family, and things that I learned to love back in Arizona,” he said.

The 21-year-old wants to help fellow Wharton students find their communities and successfully transition to college the way he did. That’s why he is the co-chair of the Wharton cohorts and an RA in one of the College Houses on the Quad.

Creating a “Sense of welcoming and sense of community”

There are nine Wharton cohorts of approximately 60 students that incoming first-year students are randomly assigned to, each named after a different currency.

“We try to help make the transition into college easier for first-year students,” Jake said.

Each cohort has upper-level leaders who build community through phone calls and meetings with students and hosting cohort events.

“The cohort was the first community that I was part of at Penn,” said the co-chair. “I’ve loved being able to pass that same sense of welcoming and sense of community that cohorts built for me with all these incoming first-year students, making sure they feel the same sense of belonging that I did.”

Jake serves as a residential advisor (RA) to 17 students in Riepe College House and sees that as another way to help create a community for students.

“While I was a first-year living in the Quad, my resident advisor would bring our hall of 12 students all over campus and Philadelphia to familiarize us with the area,” he said. “These communities were the first interactions I had at Wharton, and I couldn’t have asked for a better introduction.”

Yippie Yi Yo Kayah: “I’m an Old Cowhand (From the Rio Grande)”

Wharton has diverse perspectives, but it’s easy for prospective students or first-years to have a preconceived notion of who a Wharton student is, he says.

“I love talking to students who are not your ‘normal’ Wharton students,” Jake said. “No one thinks of someone at Wharton who does cow penning.”

Every summer, Jake and his twin brother Ty would go to a ranch in Wyoming with their family.

“We would cow pen and go horseback riding through the mountains. Ranching was so much fun for me,” he said. “That’s kind of an interesting experience that not a lot of people on the East Coast get to see.”

They also competed and won at cow cutting, a competition where horseback riders work to separate calves from the herd to within a smaller fenced area.

Jake says coming to college was made harder by the absence of Ty who attends the University of Michigan. It was the first time Jake attended a school without his twin.

“It’s been difficult not seeing him in person as much as I used to, but we text and call basically every single day.”

He swam competitively in high school and planned to swim in college. After going on a college recruiting trip, Jake realized swimming would leave him with time for little else.

“The Wharton cohorts, the RA experience, I wouldn’t necessarily have had time for it if I was in the pool,” he said.

He joined Penn’s club water polo team during his first year, in part due to several of his cohort leaders being on the team.

This summer, Jake will be working as a summer analyst at William Blair & Company, a middle-market investment bank in Charlotte, North Carolina.

“Not the traditional New York track, but that goes back to I am not from a huge city and I love working on smaller teams that know me by name instead of a number,” he said. “That’s really what I’ve come to value and I think what ultimately drove me there.” 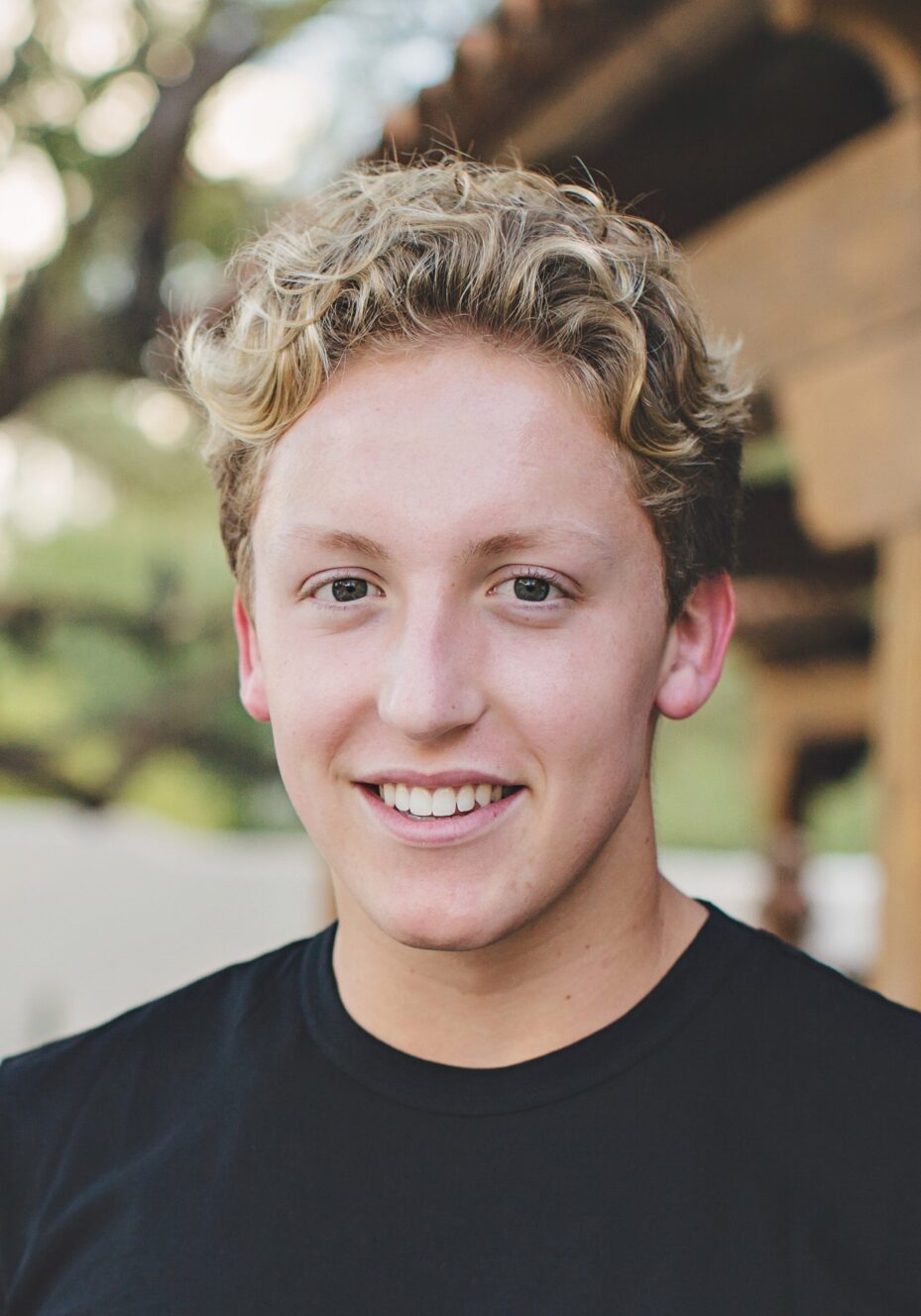 Typical Day at a Glance

Favorite Place on Campus
Some of my favorite places on campus are in the dining halls — and not just because there’s food. As a first-year student, I always enjoyed running into friends and meeting new people while grabbing something to eat. The connections and friendships I made in the dining hall are still with me years later