Wharton Stories » The Intersection of Advocacy and Academia: How Wharton Took Me to the Arctic

The Intersection of Advocacy and Academia: How Wharton Took Me to the Arctic

Environmental advocate Brandon Nguyen, W’21, C’21, reflects on a trip to Tromsø, Norway earlier this year. He was the only undergraduate student from North America to present his research at the Arctic Frontiers Student Forum.

In today’s stay-at-home world, it’s hard to believe that this last semester began on the other side of the globe: visiting the Arctic Circle. This past January, I experienced the joys of 4-hour days and freezing temperatures at the Arctic Frontiers Student Forum in Tromsø, Norway, the largest city above the Arctic Circle.

My interest in the Arctic began long before I arrived at Penn. Born and raised in Canada, I have always heard about how issues like affordable housing and youth unemployment are exacerbated in remote northern communities.

During the spring semester of my sophomore year, I took LGST 215: Environmental Law, Management & Policy with Prof. Sarah Light. For my final paper, I wrote about how climate-related trends were shaping the future of the Arctic region.

Inspired to follow this interest, I spent the following summer conducting an independent research project on Arctic Council governance under the guidance of Prof. Iwan Barankay. As a part of the study, I worked as an organic potato farmer while conducting expert interviews for the project in Tromsø, Norway.

In December of 2019, I received the exciting news that I had been accepted to the Arctic Frontiers Student Forum, where I would present my research as the only undergraduate student from North America. With the support of the Turner Social Impact Society (TSIS) and the Norwegian Embassy in Canada, I met polar scholars from all eight Arctic states as well as several different indigenous communities. From reuniting with friends from the farm to meeting renowned academics that I had emailed for my SIRE project, the experience strengthened my desire to eventually pursue graduate school.

I love to describe myself as an activist and organizer at heart — I’ve been involved in grassroots environmental activism since high school, interning for environmental NGOs as well as advocating at different levels of government. Many of my friends and family were surprised when they heard that I was pursuing my interest in research. There’s seemingly a contradiction between the fast-paced and salient nature of activism and the sometimes abstract and overly procedural world of academia. However, I’ve found academia and advocacy to be incredibly complementary crafts.

At a school like Wharton that prides itself on being data-driven, I’ve seen the power of rooting advocacy and activism in research-based policies. By the very definition of it, academic research is the practice of exploring the merits of hypothetical claims through collecting and analyzing both qualitative and quantitative evidence. Having a research toolkit, then, becomes incredibly valuable when proving or disproving the merits of a particular policy or program. On the other hand, research holds little value if it isn’t acted on or distributed to the relevant stakeholders. While I’m not sure exactly where I see myself in ten years, I will undoubtedly be fighting climate change somewhere along this intersection of academia and advocacy.

TSIS is a select community of Penn and Wharton undergraduates that are passionate about – and prioritize — social impact in their years at Penn, and beyond. Through the society, Wharton Social Impact Initiative supports and develops students’ commitment to social impact through fellowships, funding, mentoring, events, and customized opportunities to grow. 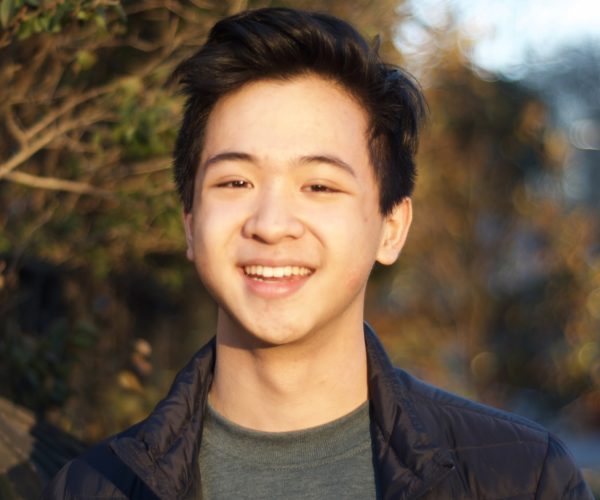 Brandon Nguyen is a rising senior from Toronto, Canada studying Political Science in the College and Environmental Management & Policy in Wharton. On campus, he is involved with Penn International Impact Consulting, the Eco-Reps program, the Student Advisory Group for the Environment, the Kleinman Center for Energy Policy, and the Turner Social Impact Society.